Why won’t my boyfriend for almost two years talk about our future together when he says he’s in love with me?

You must feel confused. This happens quite a bit...a couple will be very much in love, but with time it becomes more and more clear that there is a barrier to moving forward to deeper intimacy and commitment. You don't provide details, but I will give you what my best hunch is about what might be happening here.

A few possibilities...it's possible that he's not as in love as he says. Some people find it hard to be honest about these things. There's no way to tell for sure, but look for signs that he's not all that into this relationship even though he says he is. It's also possible he's just not ready to commit long term, and if that's the case, he could say so and help you understand this. I think it's more likely, though, that he's very in love with you but has an emotional barrier to moving forward.

For you, it's simple...you love him and want to plan a future. For him, it's not so simple though. I believe your boyfriend probably loves you very much, but there is something else preventing him from being able to plan a future with you. He's likely scared about something (scared he's not good enough, or that he'll be hurt), and that fear makes him avoid commitment and deep intimacy. His fears have nothing to do with you; they are based on his own emotional history. It's a barrier that doesn't become evident until intimacy is already established. Getting close to someone triggers our deep fears. He can get close, but only so close.

It's really important you know this isn't your fault; there's no other person out there who will have a magic key to make him want a future with them. It's not about you at all.

There are a few ways that this can go. If he recognises this barrier and wants to change it, he can try therapy to address his emotional barriers. That's up to him and only him. If you send him to therapy, he might resent that. Couple therapy may help, but a couple therapist may also recommend he do some individual exploring first.

For you, it will be helpful to simply be aware of your own needs in a relationship. If, as a couple, you keep hitting this wall of his over and over again, that's going to be painful. You may eventually decide that you need a partner with a stronger ability to commit long term. There's nothing essentially wrong with the way he is; it's just not a good match for you because you have a different pace in a relationship. Let him know what you need (some security for the future of your relationship. If you want to, or plan to, have children, this is a natural thing to want)...and then see if he can give it to you.

So, do some thinking first, then go to him, not in anger (he's just being himself, after all and anger won't help), but with your dilemma. "I love you, and I want a partner to plan a future with. Can you do that with me?". Then you see what happens. :) 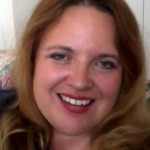 Pamela Griggs
Licensed Professional Counselor
There are a few possibilities that might be keeping your boyfriend from talking about the future, but the best way to find out for certain is to ask him.  If your desire is to have a permanent relationship with your boyfriend, two years should be plenty of time for him to determine whether or not he also wants this and if not yet, he should be able to give you a reason why.
People who drag their feet in the area of commitment sometimes do so because they fear commitment itself and the thought of permanency is terrifying to them.  Such fears might be grounded in past failed relationships, past history of abuse or neglect,  or just pure selfishness and a related fear of what they might have to give up in a relationship.
Another common reason for people to avoid talking about permanency is because there are things in the relationship that they feel may need to change before the relationship becomes more committed.  Financial and career issues are common reasons for postponing commitment.  Other issues may have to do with taking care of other family responsibilities such as raising children from previous relationships.
The most important thing to remember I think in managing your own feelings in this relationship is that you have the right to ask questions and to have a conversation about your future.  You are part of this relationship and you deserve to know what types of barriers are there that prevent this relationship from becoming permanent.  True love needs to be grounded in truth.
Good luck to you!
The information above is intended as general information...  (more)The information above is intended as general information based on minimal information, and does not constitute health care advice. This information does not constitute communication with a counselor/therapist nor does it create a therapist-client relationship nor any of the privileges that relationship may provide. If you are currently feeling suicidal or are in crisis, call 911 or proceed to your local emergency room.

The good news is you're aware of what you'd like from your relationship.

The possible less good news, is that your boyfriend's ideas for the relationship are not similar to yours.

Really, you will only find this out for sure by deciding to start the conversation about your expectations and ask about his.

People have as infinitely different ideas of what, if anything generates from feeling in love, as there are people on this earth.

Speculating and theorizing about how he combines love and a future with you, at some point are better answered directly by him.

You sound ready to find out his reality in order to compare it with yours.

Sometimes people are afraid that the answer they'll hear will disappoint.

While this is possible, it is also possible you will be greatly surprised in a very happy way.  What if he was being shy and hesitant to tell you his wish of being together with you for many years?

Either way the answer turns out, you will gain as a person by appreciating your own need for peace of mind by knowing clearly what your future with this man will be like.

My husband treats me terribly
How do I cope with separation anxiety while boyfriend is out of town?
Why do I always push my boyfriend away?
Why do my boyfriend and I have such trouble communicating?
How can I love myself?
Why am I with my husband if he is mean?