What should I do about my husband's emotional affair with his ex-wife?

My husband had an emotional affair with his ex-wife in November. She invited him to dinner, alone, with their daughter. I wasn’t aware of this until after 11pm when I asked where he was. He had been drinking, and I told him not to come home that night. The next morning, we talked about going to counseling. He went out that night with friends and said his ex-wife wasn't going. I found out in April that she did go. I gave him the chance to get everything out in the open. I found out that he stayed that second night with her. I asked if they slept in the same bed, and he said yes, both nights. His daughter wasn't there the second night. He claims they didn't have sex, but what else should I think?

I agree with you that professional counseling is a wise choice for your relationship.

Your husband may not know, want to know or want to discuss with you, what his true feelings are toward you and the ex.

The topic is very heated, which is why discussing these matters alone may do more harm than good,

In a therapist office, the two of you will be guided on talking about these critical areas and this will be much more productive than trying to do so only with the two of you. 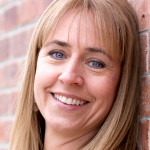 Karen Thacker
Relationship Specialist
My answer is going to be super simplistic but I believe this may be what you need. Ask your husband if he wants to stay married to you.  If he says yes, then it would be helpful to go to a marriage counselor and work this out with a professional.  If he says no, then you can file for divorce.
The information above is intended as general information...  (more)The information above is intended as general information based on minimal information, and does not constitute health care advice. This information does not constitute communication with a counselor/therapist nor does it create a therapist-client relationship nor any of the privileges that relationship may provide. If you are currently feeling suicidal or are in crisis, call 911 or proceed to your local emergency room.

I feel insecure, on edge, and drink too much
My sister and my husband had an affair
Should I get back together with my ex-boyfriend who has trust issues?
Should I be upset that my husband may have lied to me again?
My husband doesn't trust me
Should I move on from my ex-husband?