Should my step-daughters be told that their step-father has a child pornography addiction?

My husband’s ex-wife married a man who was charged with seven felony counts of pandering involving a minor. He, by his own admission, is addicted to child pornography. My step-daughters are now all teenagers. They do not know. My husband’s ex-wife has kept this information from my step-daughters. The step-father has had issues regarding his pornography addiction recently. The ex-wife minimizes it by saying that he has "repented." It is a constant strain on my husband, knowing that his girls are living with a man who is addicted to child pornography. My own therapist believes the girls should be told. The ex-wife says her therapist says the opposite. 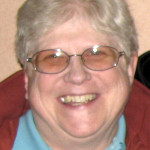 If the daughters are old & mature enough to understand substance abuse.  They should be told for their own empowerment. KNOWLEDGE is their power of safety and protection. 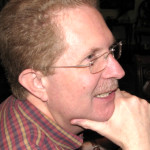 The information from the other therapists here is sound and prudent. There are what sounds to be real legal (is this man a RSO [registered sex offender]; is he prohibited from being in proximity to minors? use/possession of child porn violates any # of state and federal statues...) and safety issues at play here. Your husband's daughters have an immediate "need to know" and this can be done developmentally-contextual, factually and in a non-shaming fashion. I would further counsel that you and your husband (his daughters welfare is at stake) seek immediate legal counsel. The ex-wife here seems to be between a "rock and a hard place" of her own creation -- she desperately needs care, treatment for herself.

Lorain, you're correct that your husband's ex-wife is (seriously) minimizing this problem. I have a very strong opinion here. In my book, the safety of children trumps potentially insulting or hurting the feelings of adults.

Of course the girls should be told, because they have the right to know. Their voice is not the only one I'm concerned about here though. I believe your husband has the right to insist that his daughters be in a safe home, and there is clear evidence this man is not safe.

This woman is putting her own comfort (she simply doesn't want to deal with her partner's situation, her own fears, or anyone else's needs) above the safety of two vulnerable girls. Honestly, if it was me, my kids wouldn't be even visiting that home with that man present, "repented" or not. It's not worth the risk. If she decides to stay with him, the natural consequence of having a known perpetrator in your home is not having access to vulnerable children in that same home.

How can I deal with gender dysphoria in a positive way?
I have the perfect guy, but I'm not attracted to him
Is it okay if I take my friend's pills away?
I lied to my mom, then felt bad and told her the truth
My husband was lying about drinking again
How can I unblock my memories?