My husband was lying about drinking again

My husband has had issues with alcohol addiction in the past (he'd never admit to this). A while back (3 years ago), I asked him to stop drinking so much, and he agreed. I caught him one night drinking behind my back. I confronted him and he lied, but I told him I knew he was lying because I counted the beers in the fridge and four of them were missing. He admitted and apologized and promised he wouldn't do it again. Lately, my husband has been drinking on and off, but I noticed it was every single night. I didn't like this. For our New Year’s resolution, we decided we were going to limit our alcohol consumption. He was on board—no more drinking every night.

The other night, I counted the beers in the fridge just to see if some were missing. It took a couple of days, but tonight, I discovered a few were missing along with a shot of vodka. He was passed out on the couch when I decided to wake him up and confront him (poor timing, but I couldn't wait). I asked him if he'd come to bed with me (when he drinks, he snores and I cannot sleep—it's a dead giveaway he's been drinking). He slurred a bit and said no. I asked if he had been drinking, but he snapped and said no. I went into our room to sleep, leaving him on the couch.

I'm not sure if I'm overreacting or not. I just feel like I'm so honest with him about everything, and I expect the same honesty. He is a good husband in every other regard.

So your husband is giving you mixed messages. He says he's willing to cut back on the drinking, but he drinks and hides it. His behaviour is passive aggressive and immature, which puts you into this position of having to act like a disapproving parent. It sounds more like you're talking about an out-of-control teenager than your partner.

Your husband's lying is sending a message. "I get to make my own decisions and you can't stop me" might be it. Underneath that, maybe it's "I want to stop but I'm ashamed that I can't and I don't want you to see my failures". Ultimately, as an adult, he gets to decide what he puts in his mouth and if you try to manage that by monitoring how many beers he has, you are pretty certain to get some fallout... pushback...backlash...

How does his drinking affect you? That's where your voice has power, rather than in counting his beers or setting him up to lie (when he's passed out, asking if he's been drinking seems confusing). You've mentioned snoring, which I guess is a legitimate complaint. If he's passing out, that's a legitimate complaint. When he drinks does he drive, act aggressively, or 'check out of' the relationship (avoid you)? All of these things are legitimate concerns, and I'd stick to talking about those rather than counting beers. My guess is he has few other ways to cope with stress, so he checks out with alcohol, and it also helps him avoid your relationship. But the problem is it makes it worse; the more he avoids you, then more you chase him with your questions.

There's a conversation that would be helpful here.  It sounds like "I've tried to support you in your drinking less, and it's not working. What are your goals for alcohol and how can I support you in that more effectively?" I'd like to see you in a place where you're not micromanaging his drinking, but focusing on the things that affect you. What concrete supportive methods can you use with his agreement? Can we get the alcohol out of the house? Is he willing to seek treatment?

Lay your expectations out really clearly. "I won't count your beers, but I can't tolerate lying". You have to decide what's more important; is it really the number of beers, or is it something else. What do you need to happen in order to want to remain in the marriage? What does he need? Does he let you know what isn't okay with him? He might have trouble saying these things.

The drinking is only a part of the complex dynamic in your marriage. A qualified therapist can assist in pulling this apart, understanding it, and changing the way you relate to each other.

As exasperated as you feel, and as obvious it is to you that your husband cares more about drinking than being honest with you, changing this is up to him.

Does he care that you're upset with him for drinking more than he can handle?

Does he care about you more than drinking?

Living with an alcoholic, which is how his behavior sounds, is lonely and frustrating.

Concentrate on what you like about him as he is now with his drinking.

Your happiness matters.  His ignoring of what you're talking about, doesn't mean your requests are unreasonable.

Be prepared to learn to live with and accept how he behaves, or not.

Avoid the expectation that you can convince him to change.

People change only when they realize their life can improve by changing.  He doesn't sound like this, at least now. 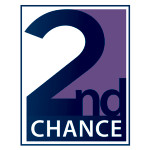 It can be very frustrating being lied to.  The one thing that struck me was the sentence he had a alcohol addiction "in the past."  Addiction is not something that comes and goes.  Once you have addict tendencies they are here to stay.  You may be able to fight them off for awhile but the will enviably rear their ugly head again.  Some of the things that we would suggest is taking the access away.  If the alcohol is not conveniently in the house he would have to go seek it out elsewhere.  You can think about it in other terms.  If chocolate cake was your favorite food and you were a diabetic, you would not have chocolate cake lying around all the time because you know you would eventually eat it.  Remember there are no temporary addicts.