My daughter calls me crazy, and I’m not sure how to handle that

I am divorced and happily remarried. Our blended family of children are in their 20s. My youngest, age 20, continues to call me crazy and favors her dad. He was abusive to me, and I left with injuries. He never wanted kids, and I did. He paid child support only through forced wage earners. Now my daughters favor him after all the sacrifices I made for them the past 15 years as a single mom. I don’t deny them a relationship with their dad, but to be called crazy and then watch them hang out with him hurts me to the very core. I’m not sure how to handle this. 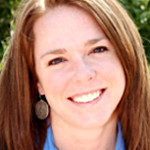 It sounds really difficult to know that your daughter may be "choosing" her dad over you, perhaps I can help by saying her intense emotional reactions towards you actually acknowledge how much safer and connected she feels towards you. We tend to have big emotions around those we care for most. I would suggest to let her know how hard it is to hear that, and sad it make you feel at times, and that this is hard for everyone. Expressing your feelings to here, will allow her to express hers too.

Your situation sounds like a case of parental alienation. Your ex-partner unfortunately has the power to say things to your children that poison their relationship with you. It's a form of woman abuse and child abuse. He's likely doing this to hurt you and have power over you, and he's not considering how it's affecting the kids. I've seen this happen in many families; parents who once had a strong loving relationship with their children suddenly feel abandoned in favor of the other parent. In some cases, children actually stop having contact with one parent, who is left bewildered and powerless. It's your ex's job to support your relationship with your kids, not try to destroy it.

While you can't change his behaviours, and I think you know that, there are things you can do for yourself and your kids.

For your children, you can refuse to enter into the war he's setting up. He's trying to provoke you into acting "crazy", but you don't have to fall for this. If you run around screaming "he's lying!", it only makes you look more 'crazy'. Try to stay calm, and don't put their dad down to them, no matter how tempting it is. One day, they may be ready to hear the truth of your relationship with their father, but wait until they ask. Trust that they have their own experience of their dad, and trust that he doesn't have the power to destroy their love for you. Children, in the long term, lose respect for parents who denigrate the other parent. They see who their dad is already, I'd bet, but they don't know how to cope with that. If he's the only one fighting a war, you're helping them feel less trapped in a parental conflict. Don't engage on his level.

Don't blame your children completely. Although I have to say that for them to call you names like crazy is not acceptable and you don't need to tolerate that disrespect, try to deal with this behaviour without bringing their dad into it. They are acting out their father's agenda, likely because they instinctively see his weakness. Children often support the weaker parent, rather than abandon them. You get the worst because they trust your love. But you can still have boundaries. Letting them abuse you isn't the answer, but have compassion for their position. This picture isn't their fault, but as adults, they can be held accountable for their choices.

Reassure yourself that you are the mom you know you are. You don't need them to gush all over you in order to know that you made sacrifices. Hold onto the likelihood that some day, they will come back and be grateful. It may take a while, you can't rush it, but they will see you for who you are. Your power is in giving them a consistently calm, generous, connected, supportive mom who refuses to play games or be walked on.

I'd recommend trying to connect with other parents who experience this phenomenon, or a therapist who can reinforce these goals and help keep you grounded. Good luck!

Hi, I understand what you're going through. Your daughters favor him because he has done no wrong in their eyes. Im guessing they lived with you? Growing up I was the same way.. I favoured my dad, thinking he has done no wrong. He also abused my mother multiple times, and that never came to mind. kids like their other parent more mainly because they don't see them everyday, and they usually buy them everything they want, because all he does it pay child support (by force) and then spoil their kids to make them happy. You seem like a great mom, don't doubt yourself.

My girlfriend is always accusing me of cheating on her when I haven't
My husband yells “enough” when I tell him he needs to change
My husband was lying about drinking again
How do I tell my parents that I'm depressed and need help?
I have voices in my head
How can I get over my ex-boyfriend cheating on me?