Is it normal for married men to fantasize about having oral sex with men? 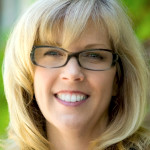 It can absolutely be normal for men to fantasize about sexual activities with other men! Fantasy can be an incredibly fulfilling experience for you and your partner! This could be a aspect of your sexuality that you would benefit from exploring thorough conversation with trusted someone, like your spouse or close friend (or therapist). Depending on your current relationship, would you be comfortable discussing this with your spouse? 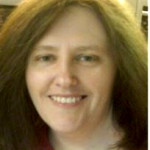 Hello, and thank you for your question. Everyone fantasizes about something. In relationships, it is absolutely normal to have fantasies of a sexual nature about other people, whether they are real or imaginary. This could certainly include fantasies about people of the same gender. Marriage doesn't stop us from fantasizing, but it may stop us from acting on our fantasies if we are in a monogamous relationship.

It seems to me that you may be wondering if having these fantasies says something about someone's sexual orientation. It may or may not. One thing that is important to think about is that there is a lot more variety in people's sexual interests than what we generally learn about in society. We mostly talk about lesbian, straight, gay, bisexual, or queer folks, but there are actually many other interests than those.

Some people are attracted to some men and women, and yet they are married to one partner and remain committed and monogamous in that relationship. They may still fantasize, however.

Other people are simply curious and are aroused by the thought of someone of the same gender, but they have no plan to explore the interest.

There are many possibilities, and that could include the possibility of being gay or bisexual.

So, is it normal? Yes. Not every married man has these fantasies, obviously, but some surely do. Where there may be a problem is if the person is actually struggling with their sexual orientation, and the fantasies are about more than just curiosity and arousal. If that is the case, then the person may need help sorting through feelings that may confuse them.

Hope this was helpful. 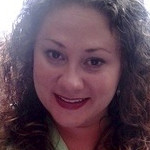 If you feel this real for you, then it is.  It is an incredible transition to undergo.  There is more and awareness out there about trans now.  Read different stories and find a support network so you do not feel alone.  Just live your new life.  Mom will simply have to realize this with time.  You can gently and lovingly confront her if she continues to refer to you as a female.  Good luck!

I don't imagine there is any accurate way of collecting enough information from other people to give you an answer.

Instead, I'd look to whether you're in a happy and healthy relationship, have friends, a relatively satisfying work situation, place to live, and overall are satisfying all the other areas of life.

If you're in a solid and stable life, then enjoy your oral sex fantasies.  They are just as normal as the rest of your life would seem!

Do I have too many issues for counseling?
I think my daughter is stressing too much
I'm soon to be married, and I've been messing around with others
Is it normal to go into therapy feeling nervous?
How can I have a better sex life when I don't like sex?
I’m afraid that I’m gay