I don't know what to do about my son's lying

My son stole my debit card and lied about it. It's not the first time he has lied. I don't know what to do anymore. I don't know if I should punish him or make him do something. I've tried talking to him and asking if anything was wrong. I have grounded him, but nothing works. What should I do? 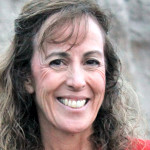 Pamela Suraci
Build on your strengths, grow in your challenge areas and improve your life!

A lot depends on the age of your child, but given that it was a mis-used debit card, I am going to guess he's a teen?  Assuming that, there are a couple of important things to keep in mind...

1.  That he lied about the misuse indicates he knows he was in the wrong.  That's a dreadful feeling - getting caught out- and an impulsive lie may have popped out of his mouth before he thought it through (after all a debit spend is pretty easy to track).

2. Once he lied he stuck with the lie.    Somewhere along the line, even though he knew that you knew he wasn't telling the truth, he stuck with his story.  And as you said, it's not the first time he lied.  Now it looks like a habit has formed.

Going forward, when there is a dishonest act of any kind, it's essential that you set it up so your son can be truthful.  Simply put, do not ask questions.  If you know for certain that he has, for example, misused your debit card, say so.  Asking "did you" invites him to get creative with denial; asking "why did you" implies that, with a good enough reason, he might not be in hot water with you.  Instead, say what is:  "I see this charge on my debit card and realize you used it without my permission".  (You can only do this if you know for sure it was him but it sounds like you do).

If he meets with denial, stay calm, restate that you are aware this happened.  Then deliver consequences that match the transgression (he has to return the item if it's returnable or find a way to pay you back for the charge as well as any fees incurred in using it).  Make it harder to find your card because he isn't that great at curbing the impulse to use it yet.

And most importantly, once the consequence is delivered you have to let it go.  Continuing to bring it up won't benefit him, but it does have the potential to make him more sneaky.  Every time he asks respectfully to use it, whether you allow him to or not, be sure to praise him for asking nicely.  "Catch" him doing it right as often as possible.

Hang in there - this isn't super unusual behavior but it isn't acceptable, so address it but don't let yourself get too wound up about it.

Hi Enid, You sound like a sensitive parent; I like that you talked to your son to see if anything is wrong. There is some key information here (I don't know your son's age, whether he spent any money, whether he put the card back, or how many times he's stolen), and my answer might be different depending on those details, but I'll give you my thoughts.

I see it as every child's job to figure out the rules and find where their power is in the world. In order to accomplish that, many of them test limits. "What can I get away with?" is a question they have to find the answer to. If a child knows the rules, they're much more likely to not test limits (because they already know the limits). So, part of testing limits is experimenting with stealing and lying. Not all kids steal, but I would say pretty much every child lies at some point. It's a normal behaviour, and most of the time it's about small things that don't matter and we don't even find out.

Stealing a debit card is a bit more serious, and I'm not surprised he lied about it. If you absolutely know that he took it, it's okay to tell him that you believe he did this thing and also lied about it. It's appropriate to give a consequence for this type of behaviour, so that the child doesn't do it again. The consequence should be as natural and logical as possible. The behaviour (stealing) was harmful to you, so doing you a favour with extra chores might be a good idea.

It's funny, because as parents we try to tell our kids that lying is bad, but they know they'll get a consequence if they tell the truth so there are natural deterrents to being honest (we don't want people to know our mistakes). It's a dilemma. If you really want to focus on the lying part, you can tell him that you won't give him a consequence for the lying if he decides to come clean with the truth within one day. That gives him incentive to come to you with truth. It sometimes works with kids to give them a chance to come clean and then reward them for telling the truth.

You can set your child up for success and train them to tolerate honesty. Put a cookie on the counter. Tell your child to take the cookie at some point in the day. Then ask them later if they took the cookie. You're making honesty fun. Kids love games.

Basically, there's as much power in rewarding the positive behaviour as punishing the negative.

If this is the first serious offence for your son, don't make a big deal of it; consequence him and see if he learns. If it's a pattern, that's different and you may want the input of a therapist.

How do I tell my parents that I'm depressed and need help?
I'm soon to be married, and I've been messing around with others
How can I deal with a “crush” in a relationship?
I hate the way I look
How do I manage my anger?
My mother is trying to control my life and I don't know what to do