How can I be less anxious when dealing with my toddler?

My toddler defies everything I say and doesn’t see me as authoritative, so she says no about everything. I'd like to hear some ways I can work on not needing to feel so much in control all the time.

This is a super goal. Feeling powerless is something parents are wise to get used to; there's a creature in the home whose job it is to find and use their power in the family and in the world. Of course your toddler defies you, and that's healthy. I worry more about the overly compliant ones. She is wanting to know what the rules are, and all you have to do is show her clearly where the lines are. I'll give you some tips.

First, remind yourself that it's her job to learn what the rules are, and where her power is. Don't be so surprised when she wants it her way. If we go through our days being ready and prepared for these beautiful creatures to have minds of their own, we're less caught off guard when it happens.

Avoid situations that invite power struggles. Any time you tell your daughter "do this now", you set up a power struggle. The good thing is that she's young enough you can pick her up; now is the time to teach her that mom's (or dad's) word means something. So, if you say "let's get you dressed", then be prepared to pick her up right away and show her that when you say something will happen, you can make it happen. And I'm talking about gently picking her up here...not roughly. Pick your battles; only give instructions when you have the power to make it happen.

Give her choices, so she can see her power. Instead of opening her drawer and asking what she wants to wear, give her two choices. Here's an example...she's on the ipad and you say ipad time is over. She says "no". You can say "ipad time is over. If you put it down, you can play later. If I have to take it away, you don't play it later." The choice is hers. Then follow through.

"When...then" statements are really helpful. Your child asks for something. Instead of saying no, try "as soon as the toys are picked up, we can have a snack". You're simply a pleasant parent who wants the same thing they do...but they have to earn it.

Staying calm yourself is the key, because then at least you will feel in control of yourself, which is the ultimate goal. Use self-talk to calm yourself. Remind yourself her behaviour is normal and healthy. Breathe through a moment in which you would have reacted, and it will be over by the time the breath is done. You can give yourself time to think before you make parenting decisions. Time is a useful tool not enough parents use. Good luck! 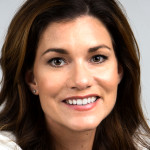 That's a good question. I would say learn to pick your battles. What types of behavior/situations can you let go of? If you allow yourself to worry about the various areas in life that you cannot control, you will find yourself stressed out and unable to manage everything. Know that toddlerhood comes with lots of "no's," tantrums, non-compliance, and a growing need for independence. When your toddler does something that you don't approve of, remain calm, explain to him/her the appropriate way to act, and model it for him/her. Remember to give your toddler praise when he/she does something good or acceptable. Be consistent and follow through with your instructions. Finally, know that you are not alone. Parenting comes with its set of challenges but all you can do is your very best. Good luck to you!

Trust that you are a good mother and that you love your child.

Trust and love are their own authority and come from a different inner place than the urge to be obeyed.

Trust and love are effective guidance and usually feel happier and lighter too!

How can I create a better relationship with my adoptive mother?
I want to stop physically abusing my girlfriend
How can I deal with gender dysphoria in a positive way?
How do I handle my binge eating?
My fiancé cheated. How can we mend our relationship?
My husband treats me terribly