Escalating disagreements between mother and wife

My wife and mother are having tense disagreements. In the past, they’ve had minor differences. For example, my wife would complain to me my mother is too overbearing; my mother would complain my wife is lazy.

However, it’s intensified lately. I think the cause is my wife talked back to her once. Now, any little disagreement is magnified, leading to major disagreements. What can I do? 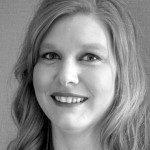 What you are describing is something psychologists have termed "triangulation" which is what happens when one family member will not talk to the one they have a problem with and goes to a third member of the family to complain instead. You have been "triangulated" by your wife and mother.

This is often seen in families. It's seen everywhere. How many times have you had a problem with someone but you didn't go to them to tell them, you went to someone else to complain? It is usually difficult for a person to confront another, especially in relationships where there is a power differential. For example, I bet it's easier to complain to a coworker about your boss rather than go to the boss with your complaint.

I'm not saying triangulation is always a bad thing. Sometimes a third party mediator is needed to help solve problems between two people who disagree. That's what therapists do every day! Sometimes just getting someone else's perspective can help you see the issue clearer. However, in your situation it sounds like this is becoming a problem. You are stuck in the middle between two people that love you and that you love.

If you want to put a stop to this triangulation, you will need to encourage the two of them to talk to each other and work out their differences. Perhaps it was a simple misunderstanding that some open communication can clear up. Even if they really don't like each other and can't get along, your relationship with the both of them is going to continue to deteriorate the longer you are stuck in the middle.

Try to understand what might be the feelings behind their behavior. It is possible that they may both feel threatened by the other. These are the two most important women in your life and they both know it. Your mother may be afraid that she will lose you if she confronts your wife. I heard one mother-in-law describe her son's wife as the gateway to her son. The wife has the power to dictate when and how often the mother gets to see her son. The wife also is the gateway to the grandchildren. If your wife doesn't like her mother-in-law she can severely hamper or damage her mother-in-law's relationship with you and any children you two may have. From your wife's viewpoint, this is the woman that she may feel like she can never live up to. If you regularly praise your mom's cooking, her housework, gardening, or anything else your wife may feel that you are putting down her own efforts in these areas and can feel unappreciated. This can be especially difficult if your wife and mother are nothing alike. I am not saying that this is the case with your family's situation. These are just a few examples from other families in a similar situation as yours.

Regardless of what the cause is, if this dysfunctional pattern is allowed to continue, your mom and your wife will begin to get upset with you when you don't agree with them. They will get upset if you don't align yourself with them against the other. They will be offended when it seems like you are choosing the other one's side or that you are not standing up for them like they think you should. In worst cases, if it continues to escalate you may even find yourself in the impossible position of having to choose between your wife and your mother which may mean cutting off contact with the other, ending that relationship. Change the dynamics before it spirals even further.

One choice is for you and your wife to decide together what are reasonable ways and expectations to have of your mother.

From what you write it sounds like your wife and you have differences as to what is the proper and right way to talk with your mother.

Once the both of you agree on overall philosophy and some specific details for examples, then ask your mother to make time for all three of you to discuss together the expectations and standards you and your wife would like to see happen.

This is only the first step since it is possible and likely that at least on a few points, your mother will disagree and have different views.

These need to be discussed and integrated into an overall plan which all three of you are happy to live with.

How can I have a better sex life when I don't like sex?
I keep on changing my life when things get tough
I feel insecure, on edge, and drink too much
Is it okay for my girlfriend to have sex with other men since I can’t sexually perform?
How do I tell my elderly mother that I can’t stay for long visits?
I am fearful of social situations and avoiding people all together